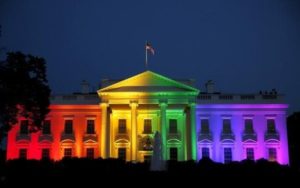 “An event has happened upon which it is difficult to speak and impossible to be silent.”
Edmund Burke

When the Twin Towers fell in New York on Set 11th, 2001, there was an immediate need for a massive morgue. There was a little tent city attached to the Medical Examiner’s office which was tasked with identifying the bodies (in most instances parts of bodies.) Teams of amazing, dedicated forensic experts from around the country came to help with the grisly yet necessary job of identifying human remains.
At the end of the block there was a plywood wall erected to shield off the parking lot where they parked the refrigerator trucks…hiding the stark reality of what those trucks contained.
Like so many features of the giant crime scene that was Ground Zero, makeshift shrines and memorials sprung up. The wall at the morgue was just such a memorial. The plywood wasn’t painted and so people began to write their thoughts and remembrances and yes… their prayers on that wall.
About halfway through my tour at ‘The Pile’ I was tasked with escorting the Chaplain of The Coast Guard, Leroy Gilbert to see the Morgue. Chaplain Gilbert came from Washington D.C to visit his chaplains. As I showed him the wall, I pointed out the quote I cited at the beginning of this article. It suddenly dawned on me why Chaplain Gilbert had such a pained expression on his face. He was one of the first on scene at the Pentagon and actually aided in rescue and ministry to the people fleeing the burning building. And now here he was again…I will not forget the look on his face.
Whoever wrote the Edmund Burke quote on that wall must have felt as I feel today. As I saw the White House bathed in rainbow lighting I remembered…“An event has happened upon which it is difficult to speak and impossible to be silent.” I think the reason I made this linkage in my mind has to do with the fact that the White House wasn’t the only place to display the rainbow light show…State Capitols…Niagara Falls and sadly….Word Trade Center One are all planning to show some form of ‘solidarity’ by  displaying rainbow lighting.
I had the opportunity to preach this morning. As I have mentioned often in this blog I wrote the book Fatal Drift …Is The Church losing its Anchor? because I have been witnessing  a continual relentless and destructive devaluing of the Bible to such an extent that now the very Word of God is held up to redaction and revision of self-appointed ‘experts.’
In my message, I showed how this linkage of the civil rights movement to the quest by gay activists for legitimacy, could never have gained traction if there had not first been an abandonment of the trustworthiness and inerrancy of the Bible. This whole turn of events would never have reached this far if those who claim to be believers, actually trusted their Bibles.
In Fatal Drift I wrote,

I do not believe the Lord ever intended that His Word be the subject of scrutiny nearly so much as He extended it to us as a life line. I have never heard of a drowning man debating the principle of buoyancy before he grabbed the ring tossed to him. I say unhesitatingly that the proclamation of the Gospel requires our belief and our trust, and yes, our obedience, not our expertise.

The White House Staff and the progressives in general are very intentional with the words they choose. That The President of the United States ‘tweeted’ his first remarks about something this consequential tells me all I need to know about his priorities. He closed his tweet with  #Love Wins
This is direct quote and a clear endorsement of the book written by Emergent church guru Rob Bell who took it upon himself to declare that there is no Hell because a loving God would never allow such a place to exist. Emergent leader Brian McClaren declared a moratorium on the church even discussing gender issues (He failed to disclose that he had already presided over the ‘ceremony’ of his gay son and his partner.)
Obedience to the truth (…what Francs Schaeffer called True Truth….the truth as it is found in Jesus…) PRECEDES love…in fact Peter wrote in his first epistle that love is actually predicated upon obedience to the truth did you know that? Check it out….in the Bible…
Dr. J.