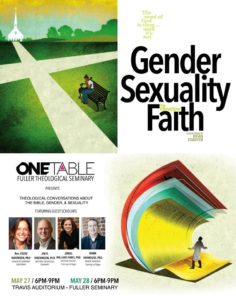 The Word of God is Clear…Until it’s Not
I love Fridays. There are predictable events. They will offer clam chowder at your favorite restaurant. Perhaps it is pizza night. School’s out for the weekend and…The Mullahs are whipping up the obligatory “Death to America” chants at Friday prayers. Oh, and the Federal Government will announce its most odious dictates just in time to catch everyone distracted.
President Obama, who is ostensibly responsible for protecting the United States (while Russian and Chinese fighters are buzzing our Naval Ships unchallenged) ‘ordered’ (another report used the word ‘decreed’) that public Schools (those that receive federal funds) to immediately make the necessary adjustments to see to it that the bathrooms are accessible to any student who self-identifies as the opposite sex.
There was an immediate, albeit tepid response from someone claiming to be a spokesman for Evangelicals that, “We haven’t given the process enough time. He went on, “Why, we took longer to decide on what should be included in the Food Pyramid.” Note, he didn’t say this is wrong. Merely that he and others like him weren’t quite ready for the inevitable blowback.
Pictured above is an announcement of an event which took place at Fuller Seminary in 2014. The ONETABLE group–a recognized student group of LGBT students, advertised its event by starting with the trailer. The Word of God is clear…until it’s not.
For a number of years now, I have been trying to get people to realize that there is an inevitable trajectory to this relentless onslaught of lawlessness. “The love of the many will wax cold” said Jesus in Matthew 24. This He said would be the direct result of “the increase in lawlessness.”
I want to first of all acknowledge that people like Francis Schaeffer, The Great Evangelical Disaster, Harold Lindsell, The Battle for the Bible, and Paul Smith New Evangelicalism New World Order and others were prophetic when they predicted that we would end up here, once we abandoned the centuries old belief that the Bible is inerrant. How else could the largest evangelical seminary in the world countenance an event of a student organization which posits that the Word of God is unclear when it comes to something as basic as gender?
What I say next could be dismissed as some sort of conspiracy theory. Let the reader decide. The very verbiage of the ONETABLE emphasis mine organization at Fuller belies the fact that there is collusion and social engineering going on in our culture at such a breathtaking level that we should all be alarmed. Here are some facts.

The Obama administration has used more social scientists and behavioral psychologists than any administration in history. “President Obama has announced a new executive order on Tuesday which authorizes federal agencies to conduct behavioral experiments on U.S. citizens in order to advance government initiatives.” Chuck Ross, Daily Caller 9/15/2015
The new program is the end result of a policy proposal the White House floated in 2013 entitled ‘Strengthening Federal Capacity of BehavioraI Insights.’
The initiative draws on research from University of Chicago economist Richard Thayer and Harvard law school professor Cass Sunstein, who was also dubbed Obama’s regulatory Czar. The two behavioral scientists argued in their 2008 book ‘Nudge’ that government policies can be designed in such a way that ‘nudges’ citizens towards certain behaviors and choices. The desired choices almost always advance the goals of the federal government.” ibid

Back to the wording of the Fuller LGBT group…I knew something about the ad sounded familiar. Do you remember when all the children from Central America showed up at the southern border of the U.S.? Remember how it was touted as a humanitarian crisis and that there just happened to be a number of church groups that took in the children? The Obama administration had reached out years before to a group of self-appointed Evangelical leaders. I remember the chill I got when the president had a press conference and said “I don’t know what the big deal is, law enforcement is on board with it… the military is onboard…and we’ve got the Evangelicals…”
The name of the group of so-called evangelicals was The Evangelical Immigration Table. It was headed up by the likes of Jim Wallis, a radical leftist crony of Obama whose organization Sojourners got grant money from none other than George Soros.
Around the same time this occurred, I heard something streamed from the convention of the denomination I served for over thirty years. A pastor got up and declared (he had actually mailed it in it before the convention) that he had a Word from Jesus. He was allowed to give it at a plenary session of the convention. In essence he said “If the group did not welcome the LGBT community to the table that Jesus would withdraw His presence from them.
The next day an elder stood up with the man with his arms around him and said “We really don’t want to damage this man’s growing influence or diminish his voice. In his zeal, he just ‘over-spoke.’ Can you in good conscience deny that the progressives have not only infiltrated the church, but that the church has become an echo chamber for ‘Nudges’ in the direction of apostasy?
The ‘Nudge’ crew clearly thought the image of the Table was a winner. You know, like the communion table. They will not stop until they declare that God created homosexuality and that the Bible is merely a genre of literature that has evolved.
The Word of God is clear…until it’s not?
No.
“The Word of God is alive and active, sharper than any two-edged sword piercing to the division of joints and marrow, soul and spirit and discerning the thoughts and the intentions of the heart.”
Dr. J
A reminder that The Jude 3 Fellowship relies on generous gifts of our readers. Please see the DONATE button.