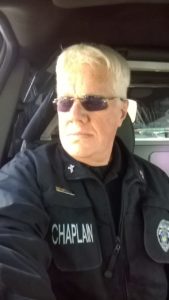 Open Your Bible
On October 5, 2015, an act of utter disregard for God’s Law was taking place. Under the dark of night a monument was removed from the grounds of the state Capitol in Oklahoma City. The Washington Post newspaper wrote “A 4,800-pound Ten Commandments monument on the Oklahoma Capitol grounds was removed by workers in the dark on Monday and transported to the offices of a private conservative think tank.” It went on to say “On Monday, the monument was moved between 10:15 p.m. and 11:30 p.m., Office of Management and Enterprise Services spokesman John Estus said Tuesday.” The reason given for such a clandestine move was given by Estus; “We wanted it removed as quickly and safely as possible with little interruption as we could,” he said. “We didn’t want disturbance that could’ve complicated the removal.”

As we remove God’s Law from our presence, is it any wonder why ‘push back’ doesn’t take place when God’s Law is broken? After all, out of sight out of mind.

Let’s revisit an event that took place during the visit of Pope Francis. From the Washington Post we read “The choice of the spot in the 9/11 Memorial’s museum represents a “new urgency” for religious tolerance, said James Massa, a Brooklyn bishop who has been a national Catholic leader on interfaith work and who designed the ceremony.” The article continues “More than 400 representatives of dozens of faith communities were invited to the 75-minute gathering, called “A Witness to Peace.” It will include a prayer from the pope and “meditations on peace” from Hindu, Sikh, Muslim, Christian, Buddhist leaders as well as a traditional Jewish prayer for the dead, the El Malei Rachamim, which is chanted and calls for the ascension of the souls of the dead.”

The violation of God’s Law was taking place right before our eyes. I have not heard push back from anyone. God was now put on par with many gods at the 9/11 Memorial prayer and meditation gathering and no one sees anything wrong with it. Perhaps if we knew God’s Law we would think differently, but how could we know when God’s Law continues to be taken out of sight? The violation that took place was against the first commandment. “Do not have other gods besides Me.” (Exodus 20:3) I guess the old adage is true, out of sight out of mind.
Larry Johnson is the Pastor of Safe Harbor Church in Boardman, Ohio He write a weekly column in the Boardman News and serves as a volunteer chaplain to the Boardman Police Department